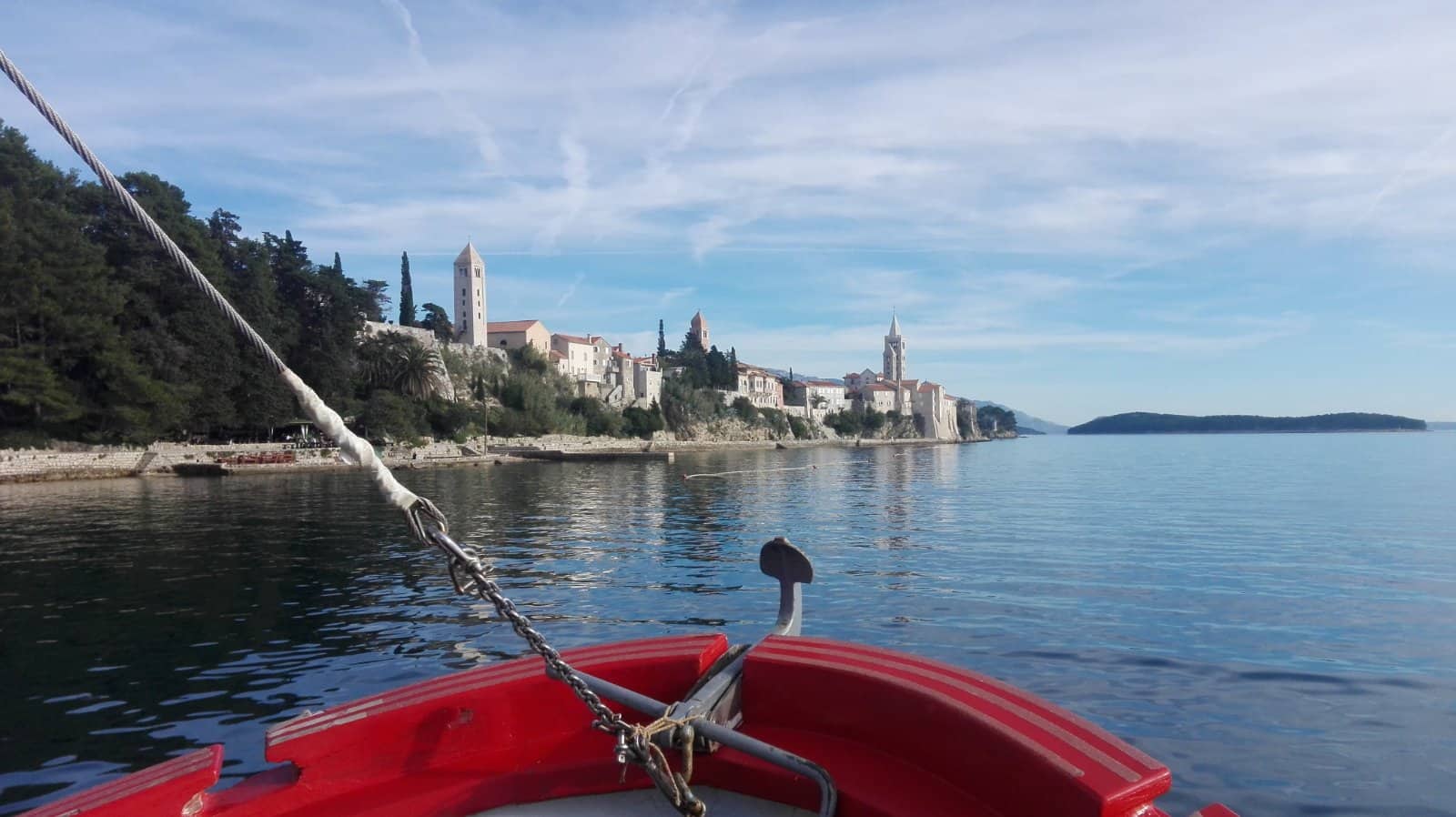 The island of Rab

The island of Rab with the neighbouring islands forms the Rab archipelago which, located in the Kvarner area, is in a highly favourable geographical traffic and geographical-tourist position in relation to the European and domestic tourist market.

Although Rab is a beautiful island with over 30 sandy beaches, some of which you can see in our blog about the Attractions of the island of Rab, you may want to visit some of the surrounding attractions of the Kvarner archipelago. Here are some of our recommendations for you:

Our Vojko gives you an impressive trip around the island in a boat with a friendly and experienced crew. It sails to Zavratnica, Goli otok and Sveti Grgur.

Goli Otok, or as it is also called “Alcatraz on the Adriatic”, served the prisoners the most. First to Russian prisoners of war of the First World War during Austro-Hungary. Austro-Hungary chose him as a prison camp not only because of the uninhabited but primarily because of the impossibility of escape. It is a naturally isolated island without vegetation and drinking water, with strong winds and sea currents. The camp was disbanded after the war.

For the second time, a camp was set up on Goli Otok in 1949. It was founded by order of the CPY (Communist Party of Yugoslavia) for Yugoslav political prisoners after the conflict between Stalin and Tito in 1948 (during the Resolution of the Inform Bureau).

See what that island looks like today. Departure is every day at 9:30, and return around 18:30 and the price includes lunch!

See more about the excursion to Goli otok

Lošinj is one of the most beautiful islands in our region. Clear sea, clean air, rich flora and fauna, and mild Mediterranean climate are the features of the Cres – Lošinj archipelago that stretches from northwest to southeast for 99 kilometres.

Explore this sunny island with Barba Šima, according to this schedule:

9:30 departure from the city port
10:30 swimming in Trstenik
13:00 arrival on Lošinj, lunch on board, free time for a beautiful walk and sightseeing or a refreshing swim
14:30 return to Rab with a break for swimming on the islands of Palacol and Dolphin
18:30 return to the port of Rab
This is a great family outing, full of experiences and adventures. Children enjoy swimming and parents sunbathe.

See more about the trip to Lošinj

Boat trip around the island of Rab

A great vacation requires perfect destinations. It is Little Maris that offers it. As many as five destinations that you will visit in one day full of sun, swimming and sightseeing. You will surely bring goodwill with you and bring a smile to your face and eternal memories that you will always be very happy to remember.

5 destinations you can visit:

Our first destination is the bay Zavratnica, the hidden pearl of the Velebit Nature Park. Surrounded by 100 meters high karst cliffs and overlooking Velebit, it is adorned with crystal clear and cold sea. In the middle of the bay at a depth of several meters, you can see the wreck of a sunken German ship from World War II. In Zavratnica live 129 plant species that together form a green oasis tucked into the mainland.

2. Njivice beach – a paradise for swimmers

The so-called egg beach, this bay is special because it is completely covered with pebbles that resemble eggs in shape and colour. Apart from the beach itself, the sea in the bay is extremely clean and clean, so diving is a special pleasure. Here we have a bath break (30 minutes).

The bare island really looks bare because of the sparse vegetation and rocks. But its beauty and appeal lie precisely in this white stone and nature. The barren island, also known as the Croatian Alcatraz, was the site of a notorious political prison and delinquent educational centre in the former state, with many remains of buildings and a hall where a documentary can be viewed. If you are not interested in Goli otok from a historical point of view, you can take a small train through nature and swim in one of the bays.

The islet of Sveti Grgur is the opposite of Goli otok: dense pine forest and shade. It is an ideal stop for rest and swimming or refreshment in the only cafe in the harbour, and in the woods, we are most often greeted by tame deer that you can feed. It is less known that there was also a women’s penitentiary camp on Gregory, but only a few ruins fused with the environment remain from those terrible years. Like Goli otok, Grgur is not inhabited, you can only meet a few sheep and beautiful fallow deer.

See more about the excursion